To kickstart the new year, I thought a status update type of post is in order, to document what's going on with Oddhop and what still remains to be done. We shall see if I can make this a monthly occurence — no promises — but I will try.

Before we start, you can have a new pre-alpha screenshot from the game! Enjoy! 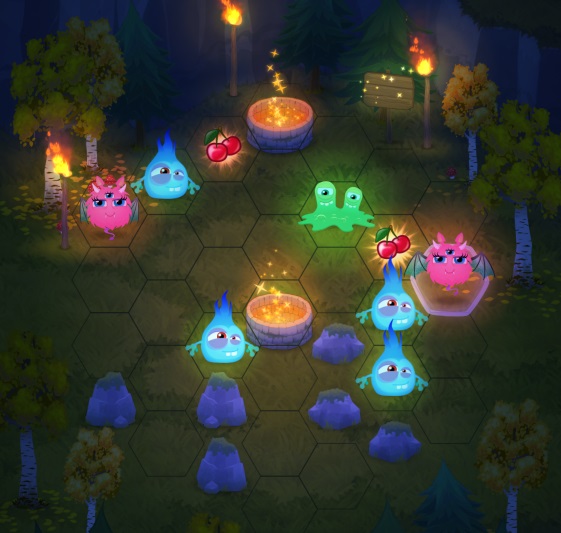 Alright, here is a partial (I've left out some minor things that are not of any interest) and tidied up list of things that still needs to be done with the game. These are not in any particular order, mind you.

So what's done then? Well believe it or not more things are already than not done, even though writing my TODO list out like that was slightly frightening.. (It certainly didn't look as bad when in more condensed format, shit!

) For example all important graphics have been drawn, backgrounds are done, most of the visual effects have been done. Of course at the polish phase I will probably go over and add more effects and stuff, but still.

When Teemu and I started talking about doing another game together some years back, we eventually decided to do something quick and simple first, instead of a bigger project. So here we are: working on the game since February 2014, so almost two years now. Not full-time though, and there were periods of month or two where I barely worked on the game, but still. "Quick and simple", hah!

Believe me I'm going to be very happy when the game is finished and released, no matter how well / poorly it does! To any aspiring game developers reading: do not underestimate the time it takes to make even a small game! So start small, and finish it! That's the most important and hardest part, finishing a game.

Anyways, I better get back to work. See you around!