Announcing the new baby AND the new game!

Hey again. In case there are readers that are not also Twitter users, I wanted to give some updates as to what has happened lately and what I am doing currently. 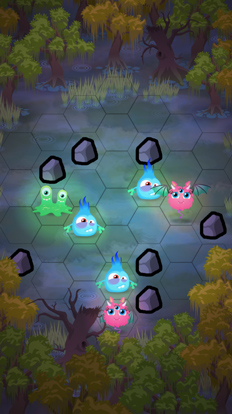 So first things first: my wife and I had a baby daughter (our third!) on May, which is nice but I do think that three kids is quite enough!

Especially with all girls; sometimes I get tired of all this Disney princess and Hello Kitty -stuff.. Anyways, while the new baby has obviously affected my game development work, I can reveal that I am indeed working on a new game: puzzle game named Oddhop! I'm actually developing it with my friend, he does (most of) the game design and I do the usual coding, graphics and so on. Personally I'm rather excited about this little game, and to the best of our knowledge the gameplay is quite original — which to be honest is sooo refreshing after countless match-3 games!

On the right is the very first screenshot of Oddhop (swamp theme pictured). I hid the (temporary) UI and some of the graphics are not final (the rocks, especially), but it's better than nothing, no?

The game started as a prototype back in February 2014 and we've iterated on it ever since. Now we're slowly transforming from a proto to an actual game. The plan is to get the game out by the end of this year, but that depends on various things (including my day job situation). Definitely during 2016 at least. Most of the gameplay elements are in place — we actually thought we had locked the features down but still a couple of more made the list — I think there's two tricks left to try and maybe after that the design is locked..

We are quite likely to have an open beta testing period when the game is at that point, so keep an eye out for beta requests later on.

Current plan is to make the game paid on iOS (yes, it's of course coming to iOS devices despite my old rantings!

) and free but ad-supported on Android (with the option of removing the ads with a single purchase). Nothing is set in stone yet, though.

Oh, and here's an image of the new baby! 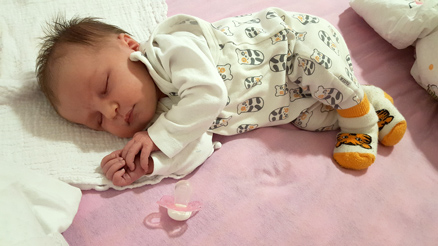