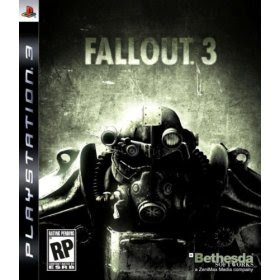 First post of 2009, yay. I've been taking a break from, well, almost everything: school, work, programming (yes, even that!) and instead spent time with family, playing games and being lazy in general. Isn't that just what holidays are about?

I have played lot of games lately on the PS3, mostly Little Big Planet and in these last few days Fallout 3. Little Big Planet is really fun, especially when played together with others (in my case that means my fiancée Annemari <3). The Little Dead Space level was brilliant.

As for Fallout 3 (got it for Christmas), I'm very enthusiastic about it so far. * Feels a lot like Oblivion in places, but that doesn't bother me since I like Oblivion. My current Oblivion save has almost 60 hours put into it, and the game isn't nearly finished (I'm currently on the Shivering Isles expansion). The main quest is a bit dull, I don't like cleaning the Oblivion gates (hence Shivering Isles).. Fallout 3 on the other hand seems much better and more interesting. Maybe that's because there are hundreds of games in the generic fantasy world but only a handful (I'm only aware of Wasteland and Fallout 1 & 2) in a post-nuclear environment. This time Bethesda even hired more than three voice actors, wow! The game looks and sounds great, obviously. I guess I'll comment it more after I've finished the game.

After I'm done with Fallout 3 (not too soon, I reckon), there's a lot of unfinished stuff to play: GTA IV, Oblivion, Lego Batman..

In fact, I might even start Fallout 2 again, as I have never actually finished it(!). The original Fallout I've finished with at least three or four characters. Good times.

*) Yes, I'm aware the PS3 version is the worst of the bunch. However, it has trophies now and I haven't had any problems so far, apart from some minor bugs like a severed molerat head that just couldn't stop rolling around. The lack of anti-aliasing is a bit distracting, but nevertheless I can recommend the PS3 version… unless you got other options. I didn't (my PC is a bit too old).